For anglers who have been cooped up all winter the arrival of this fish marks the beginning of the new fishing season. Often these fish are overlooked by the more prominent freshwater game fish, such as largemouth bass, crappie, and stripers. But don’t be fooled, these fish will eat artificial lures and fly out of there water like many other prized game fish.

Arriving in early January each year, with the season running until mid March (or even later some years) the American Shad migrates from the Atlantic Ocean up coastal rivers in search of freshwater to spawn. Impediments throughout the river mark ideal opportunities to target these fish. Small grubs and flies particularly in chartreuse and pink being the preferred bait of choice. Match these up with some ultra lite spin gear or a 5wt fly rod and a slow retrieve and let the shad catching begin. 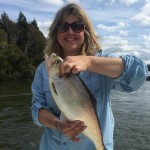 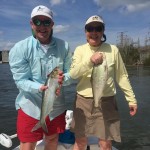 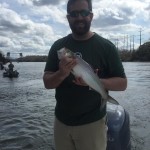 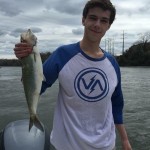 If you would like to book a trip feel free to give us a call today!

Long Overdue Charters offers you a once in a lifetime experience showing its customers the best of the low country all around the Charleston, South Carolina area.

Captain Long has lived in Charleston his whole life, coming familiar with all of the hidden gems the low country has to offer.